In a world where hybridization is becoming more and more commonplace, it's no surprise that a cross between the Common Carp and the Crucian Carp would eventually be created. 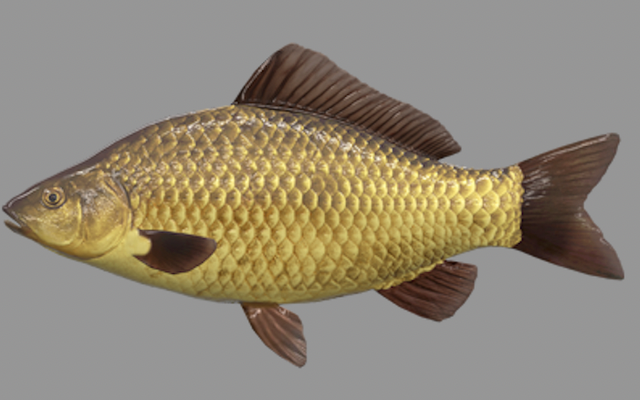 The Hybrid F1 Carp is just that – a fish that has been bred to combine the best of both parents. These fish are characterized by their lack of barbles and golden coloration, which sets them apart from other carp species. They usually weigh around 0.5 - 1 kg (1-2 lb), but some unique specimens have been known to reach up to 2 kg (4 lb).

The F1 hybrid carp are known to be hardy, and they can adapt to a wide range of environments. Because of this, they have become a popular choice for aquaculture and fisheries all over Great Britain. These fish are omnivorous, and their diet consists mainly of aquatic vegetation, insect larvae and invertebrates. The F1 Carp is a relatively new species, but it has already made a name for itself as a hearty and versatile fish. It's no wonder that this hybrid species is becoming more and more popular with each passing year.