Carp, even though native to Asia and Europe is common to many parts of the globe. They can be seen in almost every continent (except Antarctica). With a presence in more than 59 countries, carp is the third most farmed fish species in the world.

The mass introduction of carp over various cultures resulted in diverse influences. People have mixed feeling about carps. Some regions hate them with passion, while people from Europe and the UK consider them as majestic creatures as they come in diverse species. 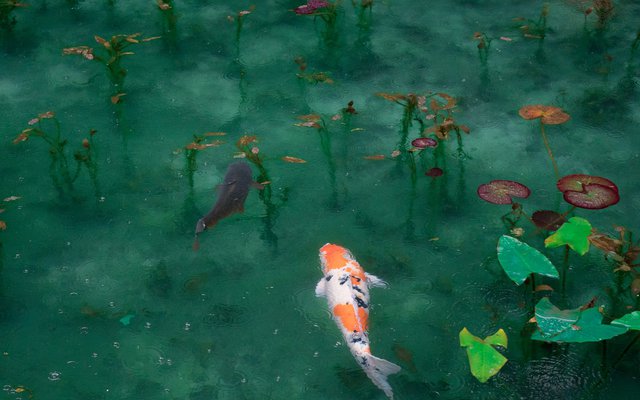 Carp, even though native to Asia and Europe is common to many parts of the globe. They can be seen in almost every continent (except Antarctica). With a presence in more than 59 countries, carp is the third most farmed fish species in the world.

The mass introduction of carp over various cultures resulted in diverse influences. People have mixed feeling about carps. Some regions hate them with passion, while people from Europe and the UK consider them as majestic creatures as they come in diverse species.

There are many fish in the carp family. They come in varieties with distinctive features spread over various water bodies. We will explore different species of carp with their distinguishing characteristics

These are long and lean. You can know them via their unique and regular scale pattern. Each side of the mouth also has two barbules. They come in grey and bronze color. The average common carp weighs 64 pounds while the largest one caught in the world weighs 100 pounds

While it is native to Europe and Asia, it is now farmed in every part of the world. They are invasive species classified as pests because they tend to compete and feed on other fish. They have four barbells and a long dorsal fin.

Mirror carp is a sub-species of the common carp, so they look like them. These come with a full and round shape, unlike common carp. You can identify them by their irregular scales scattered across their body. They could have a continuous line of scales or could have scales of different sizes all over their body. The average mirror carp weighs 67 pounds as they grow to enormous proportions in favorable conditions.

Various mirror carp comes in distinctive scale patterns giving them a unique identity. Compared to common carp, they are also round with largemouth and two barbells.

This is another subspecies of the common carp that do not have scales, but their skin feels like leather. Some, however, have a few scales towards the tail end. Their species is rare, making them highly sought after. The largest in the world weighs 54 pounds. Compared to mirrors and common carps, they have very few red blood cells, which resulted in their reduced growth.

The color of leather carp ranges from dark green to dark bronze. They have imperfect dorsal fins compared to the common and mirror species.

Grass carps are native to China and Siberia but are becoming common in Britain. Their head is round and bodies slender. They look like chub when you consider the overall shape. They help control weed in water bodies. The most significant size recorded so far is 44 pounds. The British used Grass Carp in their water bodies for weed control. They, however, are not capable of natural reproduction because they need water temperature over 20 degrees for reproduction. As a result, their population is under control, unlike mirrors and common carps.

They have a high growth rate as they eat a lot of food per day. They are dark and range from yellowish to brown. One can easily recognize them with their slim and a torpedo-like body. Their head is flat with a small mouth compared to mirror and common carp.

Koi were bred initially in Japan, and are known for their bright colors and various scale patterns. Due to their beauty, they are ornamental fish, and many people bred them as a hobby. Because of their distinct colors, they are prone to predator (badgers, foxes, herons, etc.) attack when kept in ponds.

One can quickly identify Koi due to their beauty. They are available in distinct colors like black, red, blue, yellow, orange, cream, and the pattern varies. They look like goldfish but with a bigger size and two barbells absent in goldfish.

This is a new specie, a natural hybrid of common and crucian carp. It is, however, smaller than common or mirror carps. While F1 is bred in the wild, they are stocked commercially. Their growth is rapid (though not significant) as they feed all year round. Their average size is 5 pounds.

They look like a small common carp, making it quite hard to identify them. The distinctive feature, however, is the two small barbells in their mouth as opposed to the four barbells of common carps.

One will find common carp generally in the middle and lower part of rivers. They are also present in shallow waters like lakes and water reservoirs. While they love to dwell in the bottom of the water body, they migrate to the middle and upper part in the search for food. Carps thrive at a water temperature of between23 and 30 degrees Celsius. They have no problem with cold weather and can withstand about 5% salinity. They do not mind low oxygen concentrations and need a pH range of 6.5 to 9.0 to survive.

Female carp in Europe needs an average of 11,500 degree days to get to maturity in the subtropical and temperate region. Male carp will mature in a 30% shorter time compared to the female species. A water temperature of 17.5 C triggers the European carp—the commencement of the rainy season when the ion concentration in water reduces triggers the spawning of Asian strain.

All the eggs of a domesticated carp are released in a few hours. This period could be significantly reduced with hormonal treatment, making it possible to strip them. On releasing the eggs, the shell gets sticky when they make contact with water.

Carps need three days for its embryo to develop, which occurs at 20 to 23 C. When the eggs hatch, they attach themselves to their substrata. In three days after hatching, the swim bladder posterior part develops enabling the larvae to swim horizontally.

Carp is indeed an interesting fish species with many surprising facts. They can be reared locally and found in large water bodies as well. They come in various species with distinctive characteristics; making them a good option for weed control, etc. Some carp are majestic creatures, and their distinctive color will surely spice up your living space.

Many people consider Carp a good omen. There is the believe that they come with good fortune when caught in the wild.